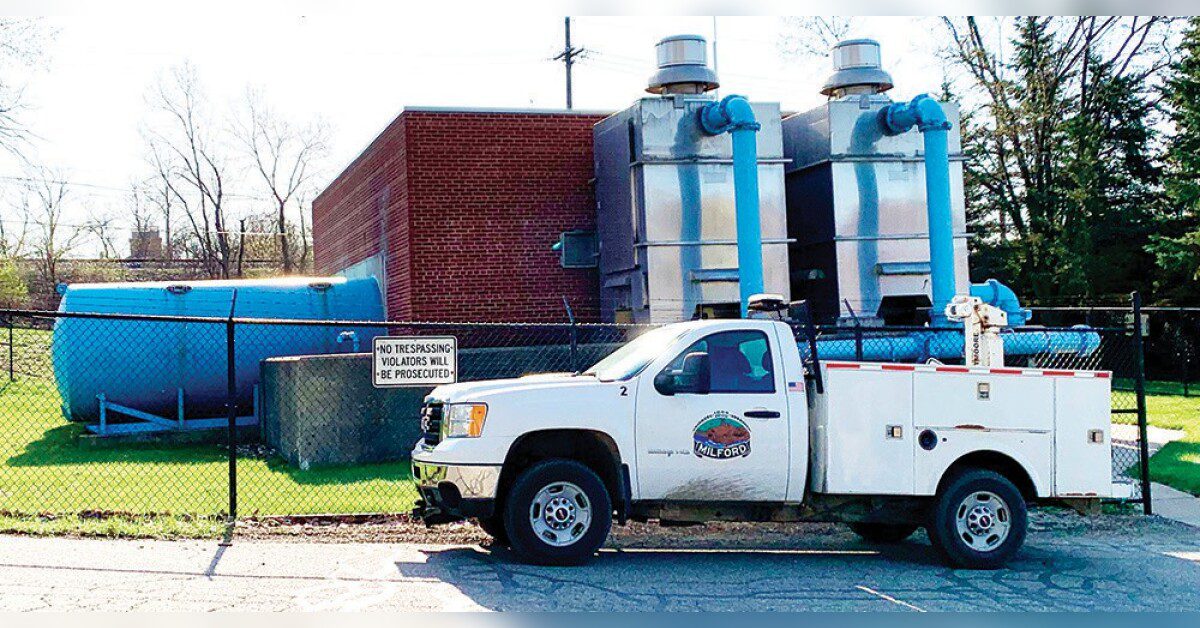 Vinyl chloride has not been detected in drinking water in the village of Milford, but the presence of the chemical in a monitoring well in Central Park prompted EGLE (Michigan Department of Environment, Great Lakes and Energy) to take measures to protect the water supply.

In March, EGLE issued an administrative order requiring the owners of the former Kelsey Hayes plant site (now owned by ZF Active Safety US) to install a treatment system within one year. The site is located at 101 Oak Street, west of downtown. The plume of groundwater contamination from the plant site is migrating south to the Central Park Wastewater Treatment Plant.

Kevin Wojciechowski, Senior Environmental Quality Analyst at EGLE, hosted a virtual information session on April 27 to update the public on the status of the project and answer any questions. A video of the session is available on the EGLE YouTube channel.

Wojciechowski noted that EGLE has worked with the Village of Milford since 1989 on groundwater contamination issues, but the presence of vinyl chloride in a groundwater sample about 200 feet from the Central Park treatment plant was discovered in May 2021. This sample showed the chemical at 3.5 parts per billion (ppb); EGLE takes action when the contaminant exceeds 2 parts per billion. 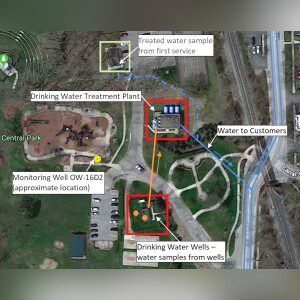 A graph from EGLE shows the location where vinyl chloride was first detected in a monitoring well in May 2021 (yellow dot) relative to the Central Park Drinking Water Treatment Plant ( no vinyl chloride detected).

In response, Milford increased its test sampling from the monitoring well from four times a year to twice a week, and now monthly. Wojciechowski noted that samples taken last month were not detecting for vinyl chloride.

“It’s a process of removing vinyl chloride by passing air over a thin layer of water on a medium; air removes vinyl chloride from water and releases it into the atmosphere,” Wojciechowski said.

ZF has had a year to install the system as it needs to be designed, get approval from the village of Milford (which will operate the system), obtain permits from EGLE and order specialist parts.

In the meantime, drinking water is tested monthly and if vinyl chloride is detected above 2 parts per billion, ZF will work with EGLE and the Village of Milford to initiate an emergency response, such as providing residents bottled water.

Joost Vant Erve, a toxicologist with the Michigan Department of Health and Human Services, explained the health effects of vinyl chloride.

“The biggest concern we know from animal studies is the risk of cancer,” Vant Erve said. “There’s a slight increase in cancer the longer you’ve been exposed to vinyl chloride and there’s very specific liver cancers that have been shown in these animals – not necessarily in humans yet, but that’s what. we’ve based the risk so that’s why we take it very seriously even though there hasn’t been any exposure yet… The health effect is quite severe so we’re trying to really reduce that exposure before it happens.

In addition to the air stripping treatment system, the village plans to bring a relief wellfield online using $2 million in federal funds. The sinks, located along Family Drive near the Carls Family YMCA, were installed in 2003 and 2004.

The Family Drive well would not be able to replace the existing wells as it is not producing enough for peak demand in the village, however “we believe this well field is located in an area which is outside the contamination …so we think it’s in a much safer part of town,” Wojciechowski said. “It would not be a new treatment plant, it would be connected to the existing one.

Village manager Christian Wuerth said engineers are currently working on the final design of the Family Drive wells while going through the permitting process with EGLE. Preliminary cost estimates for the system are between $2.5 million and $3 million for construction and engineering, Wuerth said.

“My understanding is that federal funds are tied to a minimum of about $400,000 in local funding and it will be a mix of existing water rates and capital reserve funds that have already been allocated,” Wuerth said. .