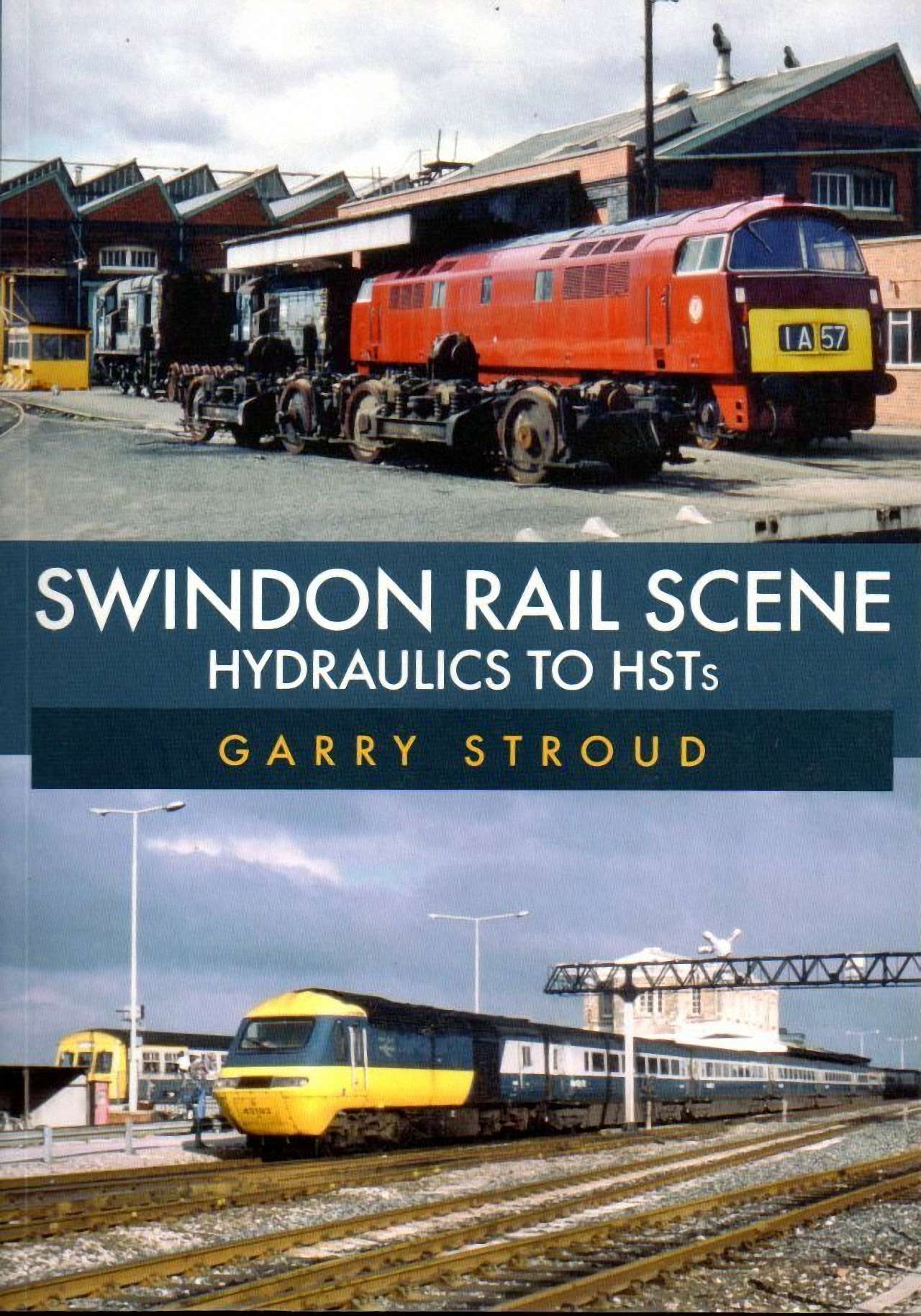 Swindon Rail Scene – From Hydraulics to HSTs by Garry Stroud

Written by Garry Stroud, this softcover book is in the usual Amberley format of approximately 234mm x 165mm and has 96 pages. He has a post price of £15.99.

The book is not divided into chapters but is an illustrated record of the railway scene around Swindon and around the diesel-hydraulic era through to the reign of the HSTs.

With 180 photographs, all in color, this book is steeped in the nostalgia of those of us who still enjoyed the railroad scene after steam died. The photographs are presented in chronological order from February 1969 to July 1989.

The photo of shop “A” taken from the ferry should bring back memories for anyone who has already visited the works during the regular Wednesday afternoon tours.

Along with a well-chosen selection of photos from that era, a few surprises slip in like a DMU in Scottish Strathclyde PTE colors and Southern Class 71 electrics on their way to scrap.

Garry was employed at the factory and was therefore in the advantageous position of being able to record this fascinating period of history which saw the demise of Westerns, warships and Hymeks, to be replaced by the diesel-electric Class 37 , 47, 50 and HST.

There is a well-chosen selection of photos, many of which could only have been taken by a factory employee like Garry. It is surprising how much ‘foreign’ locomotive rolling stock has been seen in Swindon for one reason or another.

We see a sad line of Class 22s awaiting the cutter’s torch while opposite is a photo of the latest warship to be overhauled at Swindon Works.

Even Class 27s from the Scottish region were captured, as well as the now preserved D1015 Western Champion next to a warship standing around the factory’s main hub.

The book is available for purchase from Amazon as well as Amberley Publishing.

We would like to thank Amberley Publishing for providing RailAdvent with a copy of the book for review.

Los Angeles plans to phase out oil and gas drilling