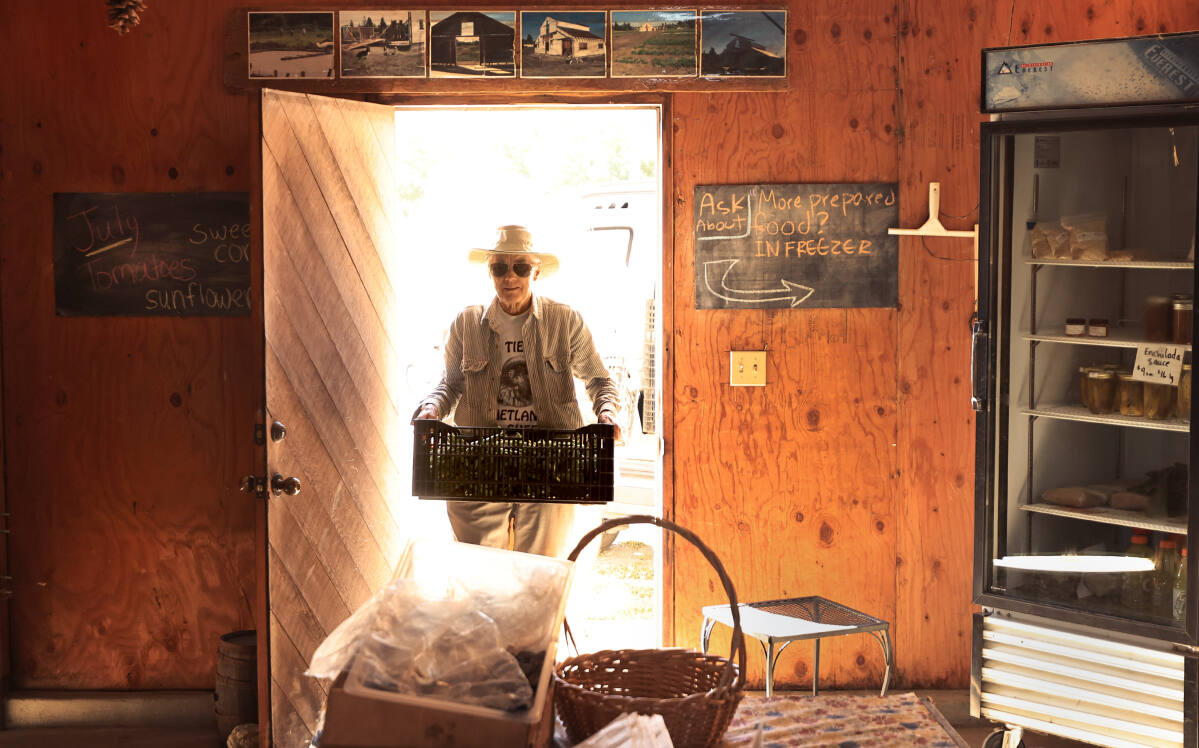 
The past few years have been difficult for farmers and the agricultural workforce in Sonoma County. Forest fires, the COVID pandemic, and overwhelming drought have made the process of growing a crop to maturity intimidating – but so far not impossible.

“We’re close to wrapping up,” said Cameron Mauritson, partner at Mauritson Farms. Mauritson grows approximately 500 acres of premium grapes in the Dry Creek Valley, Alexander Valley, and the Rockpile wine country near Lake Sonoma. Yields for 2021 are down 15-30%, Mauritson said, but the quality is superb.

Unlike last year, there is less fear of “smoky” fruit from forest fires.

That said, water – or the lack of it – has taken a heavy toll on the minds of growers this year, especially for winegrowers along the Russian River, where severe irrigation restrictions have been enforced, reducing rights to water. water from rivers that date back decades.

“Everyone had concerns,” Mauritson said. “We had to deal with water cuts on three of our properties. Fortunately, wine grapes don’t use a lot of water compared to other crops, and we’re always refining our tools to use less water in order to make our vineyards more sustainable.

With the harvest in large part, Mauritson’s biggest worry is next year. The soils were dry at the start of the growing season, which meant that the vines struggled to produce the foliage and canes needed to make and store nutrients during the fall.

“There wasn’t a lot of canopy this year and the canes were smaller,” Mauritson said. “This means that less carbohydrate has been stored, and it will likely limit the capacity of crops next year.”

Dennis Murphy, partner of Murphy Ranch and Vineyards in the Alexander Valley, negotiated the growing season with minimal stress from pumping groundwater and accessing a pond.

“It supplemented the water we got from the Russian River, so the year is ending pretty well,” said Murphy, who operates 150 acres of vines. “The cellars were ready for us when we needed to deliver grapes, and the fruit is wonderful. “

“I haven’t done a survey, but I would say about half of the producers along the river lack alternative water sources,” he said. “They managed to survive, but it was difficult. We really need to consider alternative methods of storage – not just on private property, but at Lake Mendocino (which holds water from the Russian River near Ukiah). Improvements to the lake – especially a spillway on the dam so that the reservoir does not have to be emptied every winter to prevent overflow, and possibly even raise the dam – could go a long way in improving our water safety.

Terry Harrison, a member of the Community Alliance with Family Farmers and a retired grape and vegetable farmer, believes the drought should convince farmers to reconsider an option that was once common practice in the county: avoiding irrigation altogether.

“We are drying grapes grown for 20 years on West Side Road (near Healdsburg),” Harrison said. “We were newbies so I can’t pretend we knew what we were doing. But we watered the first two years to start the vineyard, then we stopped irrigating. We were in deep clay alluvial soil, and we had deep rooted rootstocks, and the vines were doing well.

Harrison acknowledged that the soil profile and the variety of fruits or vegetables will determine whether dry – or near-dry – farming is feasible, but said the practice is suitable for a wide range of crops.

“In addition to our grapes, we also grew pumpkins,” he said. “We only watered them twice and we had very good harvests. Tomatoes usually don’t need a lot of water, and we also have to remember that virtually all orchards from Gravenstein to Sevastopol were once dry grown. This can be a practical option.

Sonoma County Supervisor James Gore said the north coast is at an inflection point on water and immediate action should be taken to further reduce unnecessary use.

“To begin with, I think we should ban lawns,” he said. “Even though we’ve made huge gains in recent years with the installation of low-flow toilets and showers and other initiatives, we still use far too much water for ornamental landscaping. We need to embrace the idea of ​​permanent conservation.

Gore said the county’s agriculture also needs more alternative water sources such as off-site reservoirs and the implementation of a flood-managed aquifer recharge program (Flood-MAR). for the Russian River – diverting water from the river during high winter flows to areas that will allow percolation to local aquifers for subsequent pumping.

Wintering is equivalent to removing water from Alton Marina