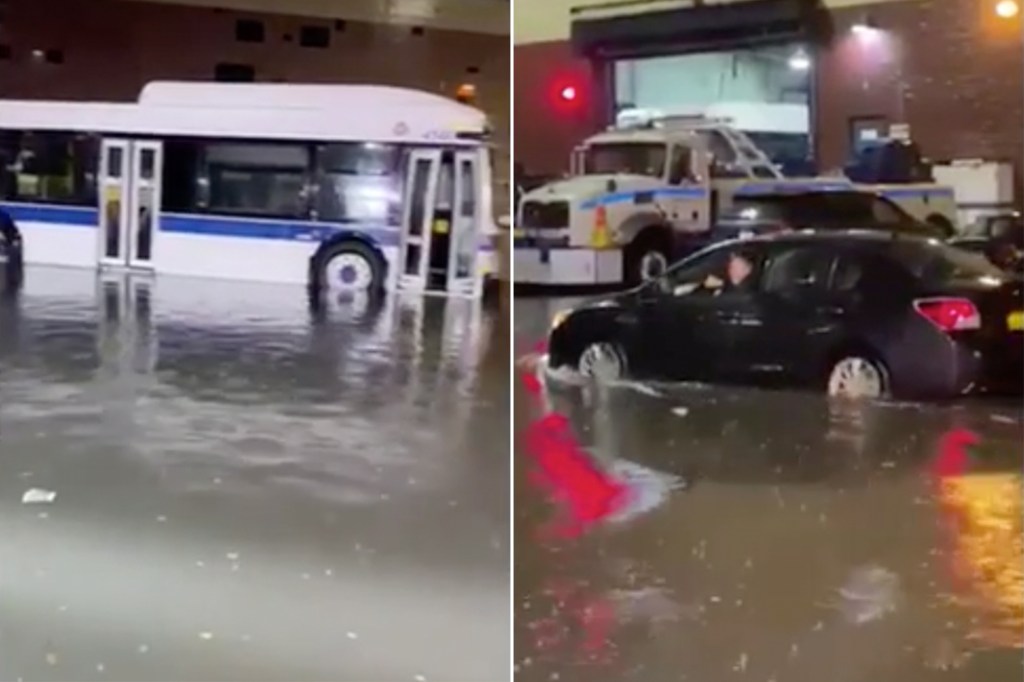 According to a new report, MTA officials spent $ 1.5 million in post-Sandy federal grant money on flood mitigation pumps that have never been used, at least two of which have been idle in homes. bus depots that suffered significant damage during the flash floods of August 31. Hurricane Ida.

The 12 pump trucks purchased with a federal grant in 2017 and delivered in 2018 were “not maintained as required to keep them operational,” according to a report from the office of MTA Inspector General Carolyn Pokorny obtained by The Post.

“An inability to operate the pumps when needed effectively negates the reason for purchasing the pumps in the first place,” the report says. “According to the depot staff responsible for the operation of the pumps in the event of a flood; they hadn’t been trained in how to operate a pump and hadn’t even seen a pump running. This inexplicable lack of education not only leaves critical facilities at risk of flooding, it also likely has safety implications. “

Sources said the pumps went unused on August 31 in at least two depots that suffered extensive flooding from Ida.

Video obtained by The Post from Casey Stengel Depot in Queens showed the facility’s parking lot flooded with about one to two feet of water as drivers attempted to drive their cars through the mud.

Another facility, Castleton Depot on Staten Island, suffered 1.2-meter flooding from Hurricane Ida that damaged 28 buses, or 12% of the depot, and cost the MTA at least $ 8 million. A video posted by workers on YouTube showed the interior of the depot filled to the brim with brown sewage water and workers standing on barrels to avoid it.

Both MTA bus sites had a pump truck on site, sources said.

“It could have pumped it out of vital areas, absolutely,” a bus source said.

A “majority” of buses can be repaired, an MTA spokesperson said. Transportation officials do not believe the deployment of the pump trucks would have prevented flooding at either depot.

The money for the pumps came from nearly $ 8 billion in federal grants given to the MTA after Storm Sandy to shore up its flood infrastructure in the event of extreme weather events.

“The trucks that were the subject of this audit are just one part of a large ecosystem of hundreds of water pumps that are part of an expanded and improved climate change mitigation program,” said the spokesperson Aaron Donovan in a statement. “This is why we can now quickly pump out flooded sites in the short term. “

IG Pokorny’s office has confirmed the authenticity of the report.

“The MTA received this expensive equipment to prevent major flooding from reoccurring in bus depots. The fact that the buses don’t maintain these pump trucks, or never learn to use them, is an insult to New York taxpayers who foot the bill, ”Pokorny said in a statement.

“Given the frequency of extreme weather events, including two historic storms in recent weeks, it is undeniable that our climate has changed and the MTA needs to do a better job of maintaining resources specifically designed to protect its infrastructure. “