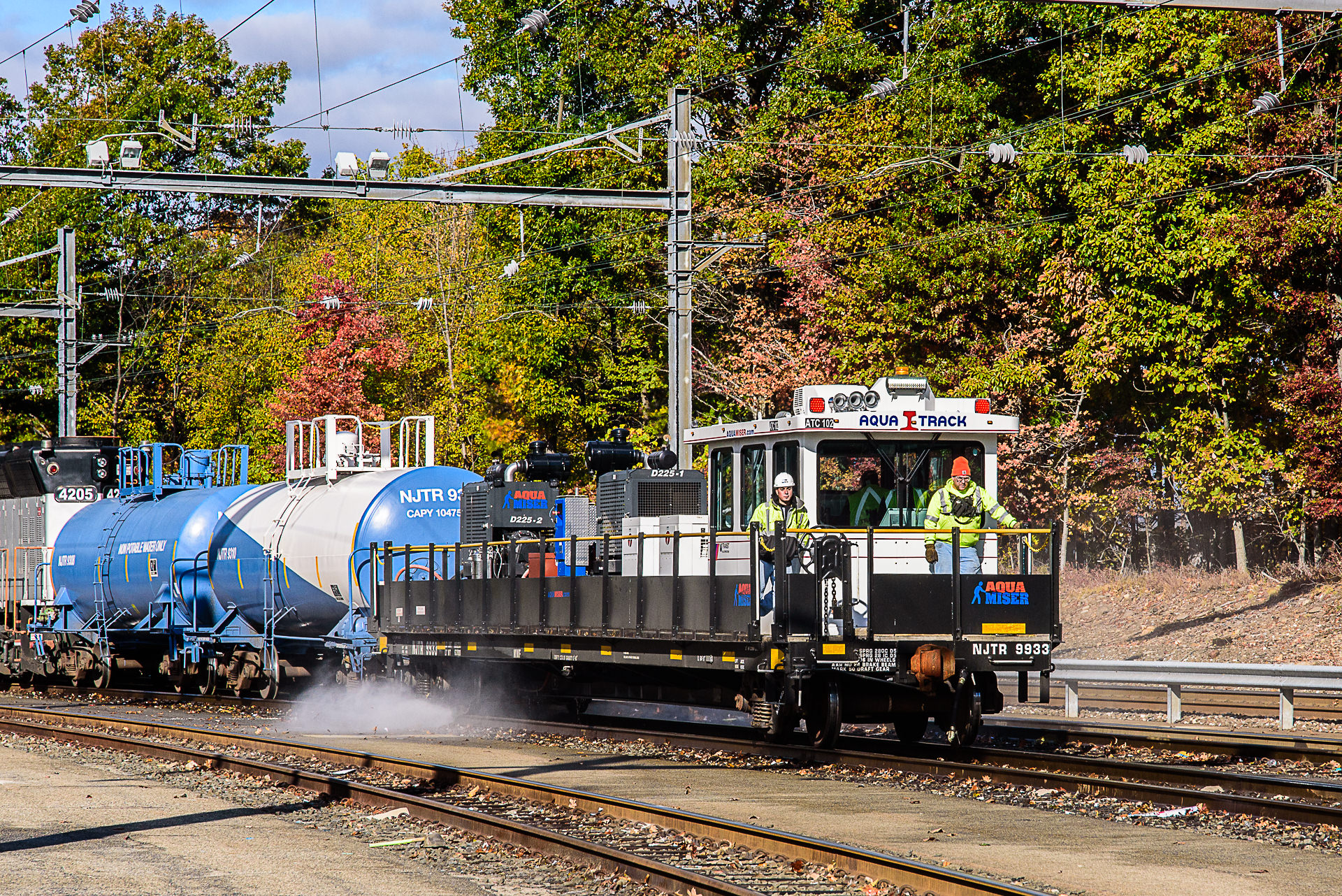 NJ Transit uses AquaTrack machines to clean the sheets from the rails.

“Wet leaves on the tracks can be extremely disruptive to rail service, especially in the fall,” said Kevin S. Corbett, President and CEO of NJ Transit. “By using the AquaTrack system, we eliminate problems before they even arise, while taking proactive steps to ensure the safety and reliability of our service. “

The AquaTrack system has been in use by NJ Transit since October 2003. It consists of two 250 horsepower diesel engine units mounted on a flatcar with a control cabin for the operator. Two pressure pump units deliver water up to 20,000 pounds per square inch directly to the top of the rail. The process uses 17 gallons of water per minute.

The original AquaTrack operated primarily on the M&E and Montclair-Boonton lines, which face challenges including the hilly areas around Glen Ridge and Summit stations, washing the tracks twice a day Monday through Friday, once at night and again at noon. On weekends, the Pascack Valley and Main / Bergen County lines are generally covered.

In 2016, NJ Transit unveiled its second AquaTrack unit which allows the cleaning process to maintain a larger area of ​​coverage by helping to prevent delays caused by slippery rails.

Fallen leaves left on the tracks can cause a condition known as “slippery rail” – a challenge faced by all railroads in the Northeast and other parts of the world where deciduous trees are. widespread. Rotting leaves create an oily residue that coats the rails and causes poor traction. Slow train speeds, in turn, create delays

In addition to AquaTrack, NJ Transit trains are equipped to spray sand on the rails in front of their wheels to increase traction. NJ Transit also pruns trees to help control the amount of leaves on the tracks.