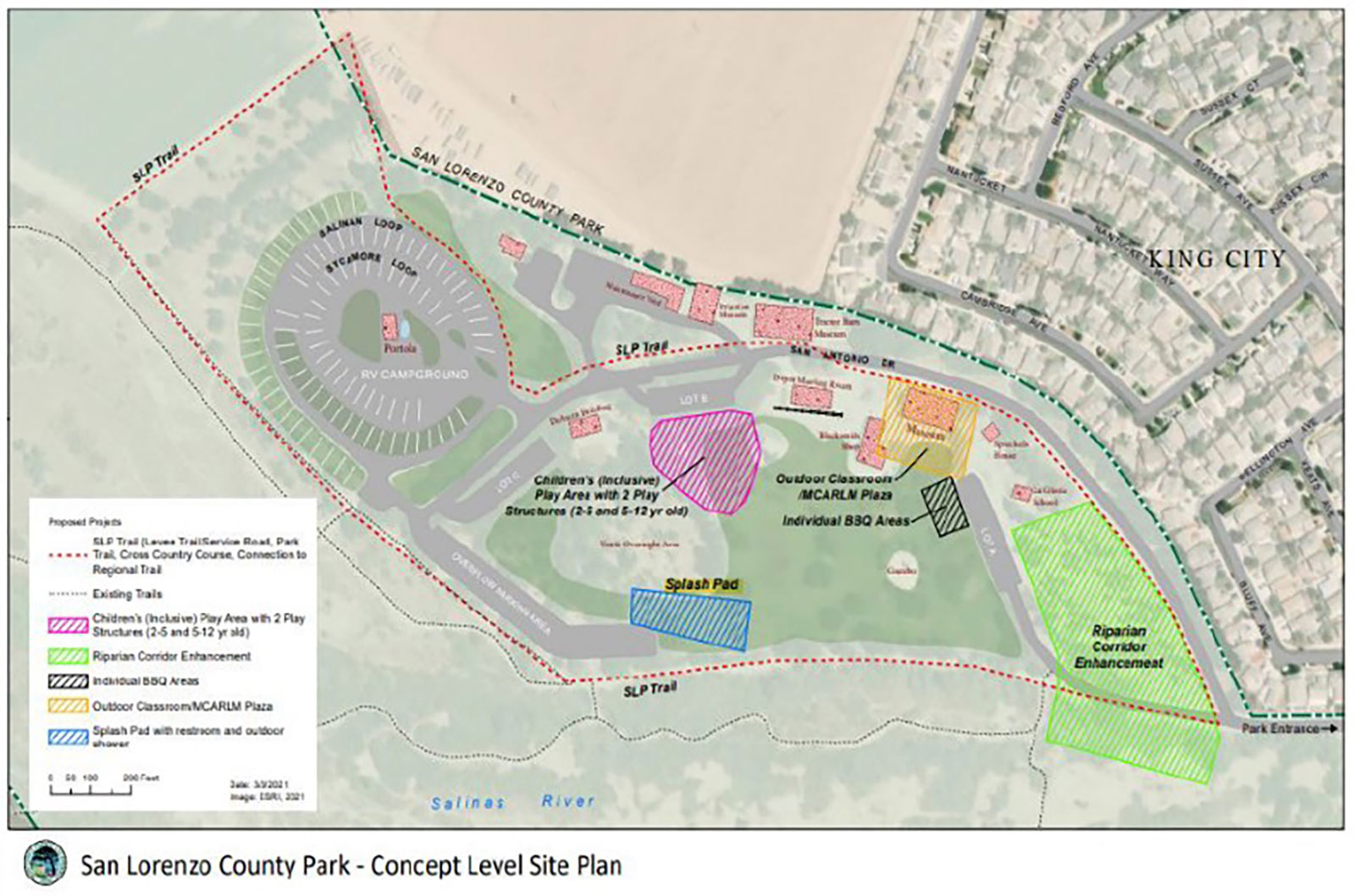 Monterey County – The Monterey County Public Works, Facilities and Parks Authority has applied for a multi-million dollar grant to improve county-owned parks on Lake San Antonio, San Lorenzo Park in King City and East Laurel Drive in Salinas. To do.

Each grant request is for $ 3 million and will be submitted in early November. According to county communications coordinator Maia Carroll, the state plans to announce a grant next spring.

If the county wins one or more awards, it will take about three years to complete the project.

The Monterey County Oversight Board gave the green light to these requests on September 14, with a series of community meetings soliciting public opinion and multiple presentations to the Park Commission.

These grant opportunities are based on the Parks, Environment and Water Act 2018 (Proposition 68), and there are three funding programs in the 2020-2021 state budget. Statewide Parks Program (SPP), Extended Parks Program (RPP), and Local Recreation and Tourism Program (RRT).

“The project was developed for each county park, but we had to determine which project might be the most successful in the grant competition,” said Brian Flores, acting park chief. “Some of these considerations include pre-registration costs such as CEQA and annual maintenance and staffing when a project is awarded and completed.”

Two projects have been proposed for the San Antonio Lake RPP in South Monterey County. A new outdoor amphitheater on the North Shore. There is a new South Shore 50 Boat Slip Marina with shops and bathroom renovations, fuel dock and stores.

Earlier this year, Monterey County applied for an $ 8 million San Lorenzo Park project under the SPP. If the application fails, the county will reduce the project to $ 3 million to participate in the RPP. The San Lorenzo project includes a number of elements, including a paddling pool and an outdoor education area.

As part of the RRT, the BMX pump truck / skatepark project will be located on the county lot at 855 East Laurel Drive. The site has 1.7 hectares of undeveloped land, and the county said it would be a “unique opportunity to provide a municipal park for Salinas.”

The project, located near the Salinas regional soccer complex and the First Tea Monterey site, improves recreational activities in underserved areas and the general public in Salinas.

In addition to these competitive grants, Monterey County is also requesting $ 631,430 from the Proposition 68 Per Capita Program for park repairs. The Per Capita program is a non-competitive grant program that allocates funds to counties for eligible projects.

Projects in this program include a new roof and a new fireplace in the barbecue area at the back of Toro Park. Replace the bathroom roof in Jacks Peak Park. Repair the campground’s electrical pedestal and convert the mobile housing unit to a premium RV camper on the south shore of Lake San Antonio. Update the modular public laundry unit and replace the roof of the public toilets on Lake Nasimiento.