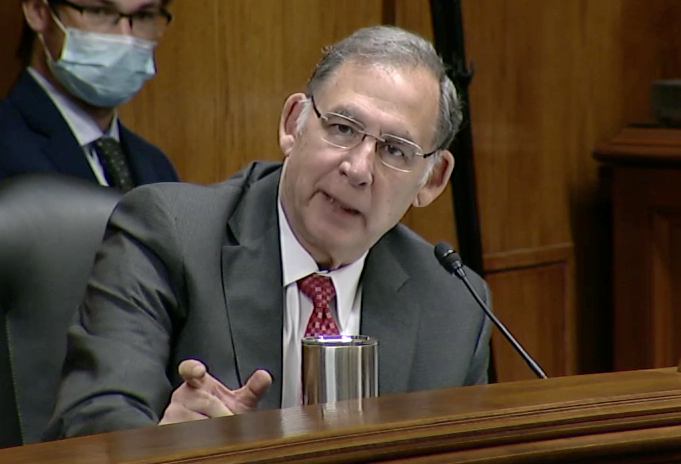 A November 2021 Gallup poll identified inflation as one of the top five issues for Americans. This is not surprising given the price increases we face for basic necessities. Every month our dollars stretch less and too many people are forced to make tough decisions about their budget.

Prices are rising faster than wages, so our purchasing power has diminished. We have all experienced the higher prices at the pump. Over the past year, the cost of gasoline has increased by 50%. The price of heating our homes is rising, with industry leaders expecting homeowners to pay around 30% more this winter to stay warm. At the grocery store, beef and bacon are almost 20% more expensive than last year. Food inflation is at its highest level since the Carter administration, so every American feels the pinch with every visit to the supermarket.

In Arkansas, where agriculture is a vital part of our state’s economy, farmers are concerned about input costs. Prices for land, machinery, labour, fuel, seed and animal feed are all rising. Fertilizer prices have soared by up to 300% in some parts of the country. An agricultural economist with the Arkansas Division of Agriculture predicts that 2022 will be a costly year for producers. Farmers fear that these forecasts will come true. A recent monthly survey by CME Group and Purdue University shows that a majority of agricultural producers surveyed expect production costs to rise by at least 12% over the next year.

The National Federation of Independent Businesses reports that inflation is the biggest problem for small business owners. Rising costs are making it harder to keep them in business and clouding the economic outlook, which is troubling given the importance of retailers and local industries in our communities.

Business leaders, agricultural producers and families in Arkansas sounded the alarm months ago about inflation. This has been a cause for concern for some time. More than six months ago, I used this column to warn of the threat of inflation if the Biden administration continued its irresponsible spending policies. Consumer prices have risen every month since, and we are now experiencing the highest rate of inflation since 1982.

Due to the failure of the White House and Democrats in Congress to address this pressing issue, life has become more difficult for too many Arkansans and Americans.

Even now, they are doubling down on their partisan priorities and continuing to push for expensive proposals that will hit hardworking Americans in their pocketbooks. Despite the warning signs, the president has played down rising inflation and has spent the entirety of 2021 focused on unilaterally passing a cradle-to-grave tax and spending agenda.

President Biden has promised not to raise taxes on working-class Americans, but his policies and inaction have allowed runaway inflation, which is a hidden tax on those who can least afford it — the income-rich seniors. fixed, single parents and families living from paycheck to paycheck.

Curbing these price increases should be a top priority. It’s time for the President and my colleagues across the aisle to join Republicans in finding solutions to lessen the hardship that too many Arkansans and people across the country are experiencing as a result of these misguided policies. and these misplaced priorities.