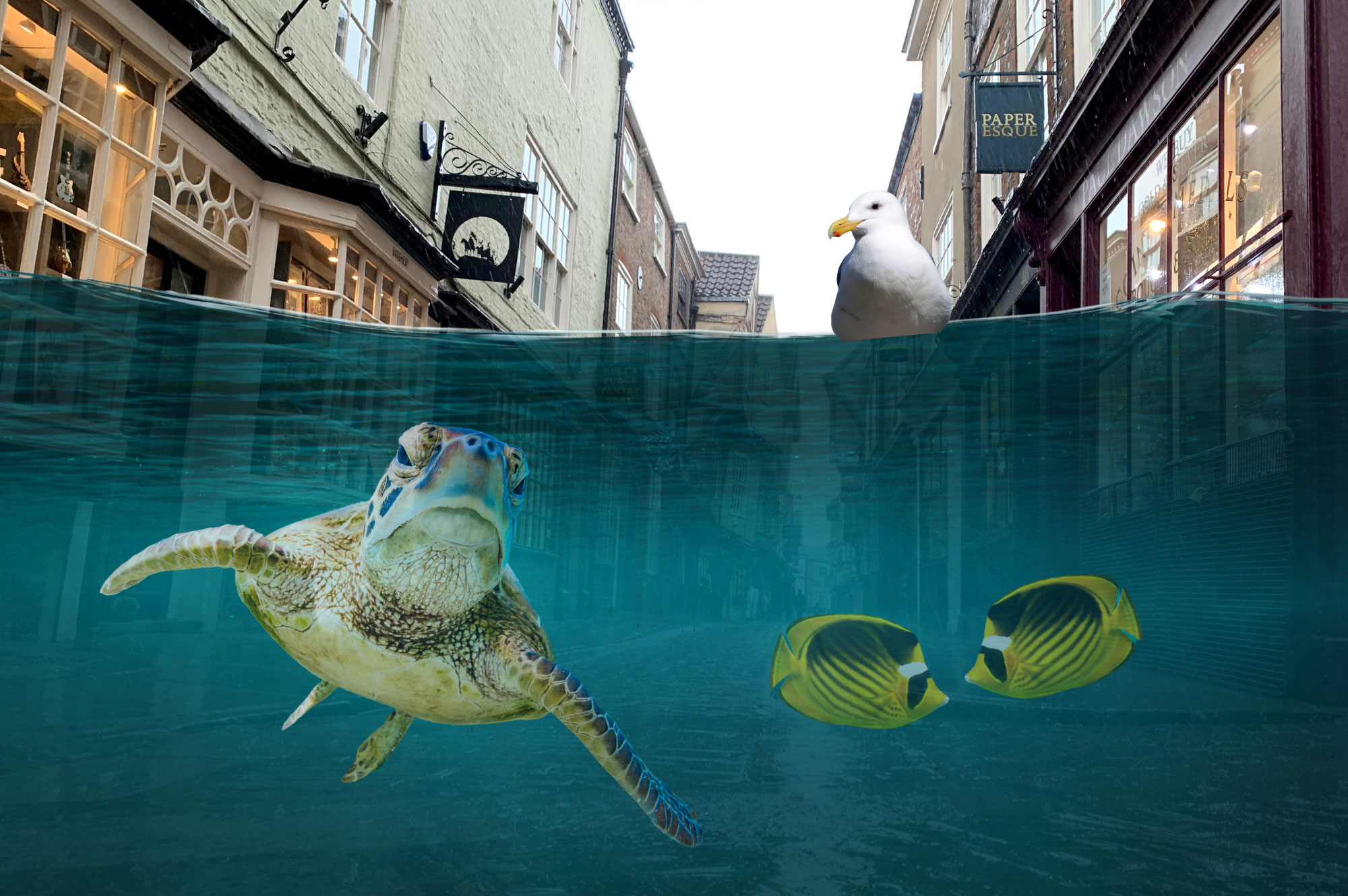 Predictions that York’s most famous street will be flooded due to climate change are far from accurate, environmentalist says Geoff tag

Governments are swayed by vested interests who want their profitable businesses to continue to pollute the world, so it’s good to see the Daily Mirror reaching out to young people protesting for their future.

However, their image of Shambles in ankle-deep water due to rising sea levels is as believable as The Sport’s claims: a WWII bomber found on the moon or a London bus. buried at the South Pole.

Almost all of Earth’s ice is found in Greenland and Antarctica. If everything melted, the sea level would rise more than 70 meters and the summit of York Minster would be more than 20 meters below the sea.

But Antarctica has been covered in ice for 15 million years and the Greenland ice sheet for almost 3 million years. These masses will only melt slowly.

There is a problem

However, because the mass of ice is so large and the Earth is heating up quickly, there is a problem. Leading scientists predict sea level rise of up to two meters by 2100, enough to put large parts of Hull underwater.

The most eminent climatologist, James Hansen, has suggested that a rise in sea level of up to five meters is possible this century. He sees a danger in the collapse of the western part of the Antarctic ice sheet.

A five-meter sea level rise would drown Hull, Goole and Selby, but seawater would not drown York.

However, at high tide, five meters becomes more than seven meters. Kings Staith, where the King’s Arms is regularly flooded, is seven meters above sea level. The famous “York Beach” could therefore become a seaside beach.

But the main part of central York would be safe, unless there were large storm surges.

The image of the Mirror of Shambles flooded with sea water from 2070 is absurd. (Even James Hansen’s big estimates are up to less than a meter in 2070.)

The stretch from Minster to Shambles is one of the highest places in central York, and the Shambles drop from 16 meters to 14 meters above sea level. A sea level rise of ten meters plus three meters at the highest tide would be needed to bring Shambles to shore.

There are places in central York that have large puddles under heavy rain, such as Parliament Street, as the ground sags in places due to the lowering of the water table (destroying important archaeological sites).

Puddles do not form in the Shambles as it descends – and there is another 4 meter drop to where Walmgate floods, when the Foss overflows due to heavy torrential downpours. York’s sea level won’t drown until the end of this century, but it could by the end of the next.

It is flooding from increased precipitation that York should fear this century – not the Mirror’s sea level rise. As Leigh Wilks, President of York & District TUC, recently noted:

York’s growing flood problems – and the fact that York Valley is in fact a huge ditch – do not bode well for York’s future as climate change inevitably worsens in the years to come. .

The threat of flooding from York’s rivers is taken seriously by the Environment Agency, which is raising flood barriers on the Ouse and upgrading the pumping station to pump water from the Foss into the ‘Ouse.

But as the Earth warms, these will be tested. I expect more severe thunderstorms to cause problems.

On a humanitarian level, should we start planning for Hull, Goole and Selby refugees now?