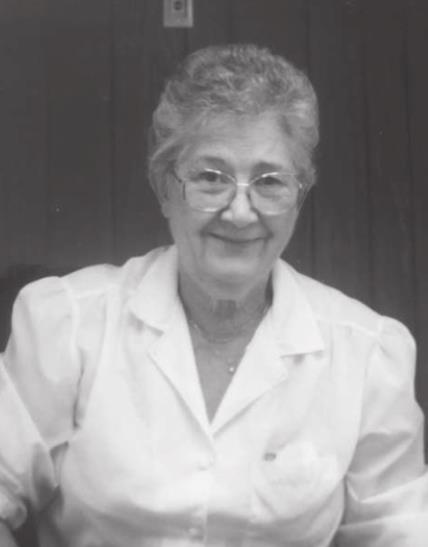 She was born on October 29, 1932 to Ivel Ray and Sarah Adaline (Sherard) Castor in Santa Rosa, Missouri.

After graduating from Maysville High School, Joan moved to Kansas City, Missouri, and went to work at Commerce Bank. There she will meet the love of her life, Lewis (Louie) E. Jones. On October 18, 1952, she married Louie; they were married for over 32 years. Joan and Louie would move to the Camdenton, Missouri area, where they owned a restaurant and later a motel called Reiter’s Court. While Camdenton was and still is a seasonal destination, they created a year-round business. Joan was talented at running the business, and she wasn’t afraid to dive into renovating their newly acquired motel; she became a plumber, tiler and appliance repairer. Quite a set of skills for a young woman at that time.

While Joan and Louie had no biological children, they embraced Karen and Carl Crutchfield as friends and then as their children. During his illness and after Louie’s death in 1985, Karen and Carl, their 5 children and 6 grandchildren became his family; she lovingly celebrated their accomplishments and bragged about them as her children.

When Joan sold her motel, she moved to Chillicothe to be closer to her family. There, she dedicated herself to volunteering for her church. It was there, in Chillicothe, that she began a decades-long friendship with Carol Cox and Eva Danner Horton.

Her final home was in Maysville where she continued her journey of faith at First Baptist Church; she shared her love of cooking with the community. And, as her sight allowed her, she began creating beautiful quilts to share with her family and friends. Joan is survived by her daughter, Karen (Carl)

Services will be held at Turner Funeral Home in Maysville on Saturday, May 7, 2022, with visitation beginning at 1 p.m. and a celebration of life at 2 p.m.

In lieu of flowers / If desired, contributions may be made to First Baptist Church of Maysville, Fairport Cemetery or DeKalb County Senior Center.

Builders’ Merchants News – April plumbing and heating sales down despite…